One of Pattayas oldest bars is looking for active business partners.

The Sugar Shack bar is a popular sports / golf bar with a loyal customer base and we are looking for partners who enjoy watching sports, having a drink and possibly an interest in golf, who live in Pattaya a significant amount of the year.

The Sugar Shack is a member of the Pattaya Quiz League, which plays on Mondays and Wednesdays. If you are interested in joining us either for one night while you are on holiday or regularly if you are stay longer in Pattaya please contact us at boss@530.53c.myftpupload.com for more information.

The quiz schedule of where we are playing is shown on the blackboard in the bar or can be found online at https://www.facebook.com/PattayaQuizLeague/

A World Class night of Comedy in Pattaya. Nov 17th.

The Bangkok Comedy Festival comes to Pattaya for ONE NIGHT ONLY bringing their funniest comedians from Ireland, Scotland and England at The Havanna Bar (Holiday Inn). 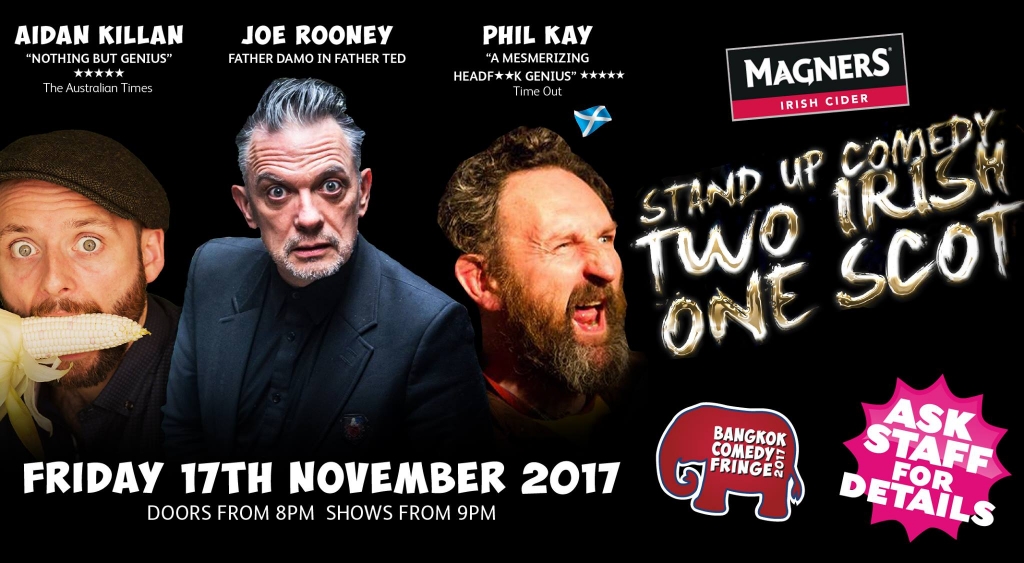 Ireland’s Joe Rooney who played Father Damo in the hilarious TV show ‘Father Ted’ has been described as one of Ireland’s ‘10 most wanted’- (Hotpress) will be flying in for this unmissable event. “Rooney is very funny, but it is with his guitar in his hands that he becomes unmissable” – The Stage

Scottish comedy superstar Phil Kay won BBC’s Best British standup award and many argue he is the funniest comedian alive. He is Wild and Loose, Scottish and Hairy and bathes audiences in the waterfall of comic positivity. The man’s a reckless live wire of up to the minute daft tropical topicas, made up songs, energy boosts and killer one-liners..’Memory foam mattresses – you piss yourself once they never let you forget.’ Just back from a 25th Edinburgh Fringe, so, he must be good. “mesmerising headfu*k genius” TimeOut London ☆☆☆☆☆

Hosted by Aidan Killian who is one of the most daring, original and thought-provoking comedians Ireland has ever produced, “Master class in satire” – Bunbury Magazine ☆☆☆☆☆. He has performed his unique, insightful comedy style for 7 Edinburgh Fringes and was a ‘highlight’ at Glastonbury Festival 2017 and was nominated for best comedian at The World Fringe. During his world comedy tour he was described as “Deliciously subversive” – The Advertiser (Australia) ☆☆☆☆ while in Edinburgh the critics compared him to Tommy Tiernan and Russell Brand, “Hysterical… Passionate driven intelligence” – Chortle ☆☆☆☆.

Special guest appearance from Grem Wood – Our token English comic has lived in Asia for years and shares his insightful experiences with us in an eloquent and poetic style of comedy. He has performed and headlined all the comedy clubs in Asia and has also supported acts such as Stephen K Amos. Let’s see how the Englishman fits in with the ‘Celtic Comedy Legends.’

Kepplers Irish Cider On Sale at 110 Baht per Can

Watch the spectacle live from 08.00 on Sunday 27th August. 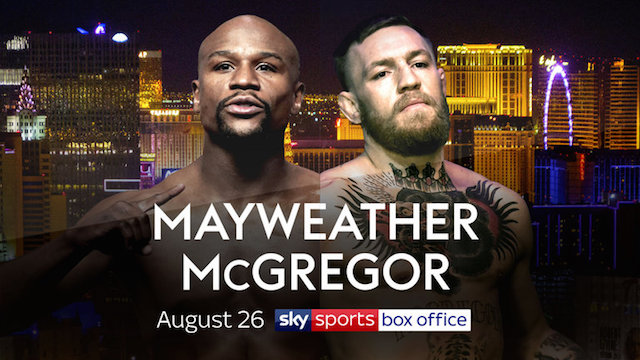 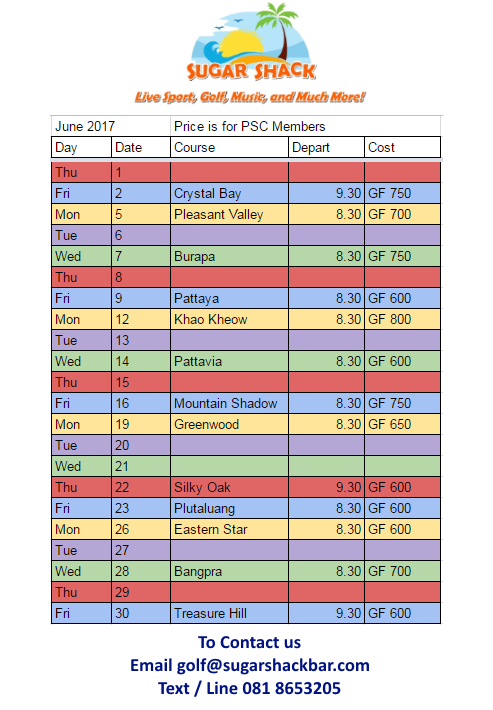 The Magners International Comedy Festival’, the largest of it’s kind in Asia is coming to PATTAYA!
Friday 24th March – 8pm, @ Tavern By The Sea (Amari Hotel) we have resident host of The Comedy Club Bangkok CHRIS WEGODA(UK), JONATHAN SAMSON(USA), Edinburgh Fringe favourite AIDAN KILLIAN(IRE) and from Russell Howard’s ‘Good News’ DANA ALEXANDER(CAN)!
Tickets just ฿600 in advance at Tavern @ Amari Orchid Pattaya and bit.ly/ComedyTavern. ฿800 on the door.
We have 2 tickets to give away. If you would like one of the tickets email your name to info@530.53c.myftpupload.com by Wednesday and we will enter you in the draw on Thursday morning. 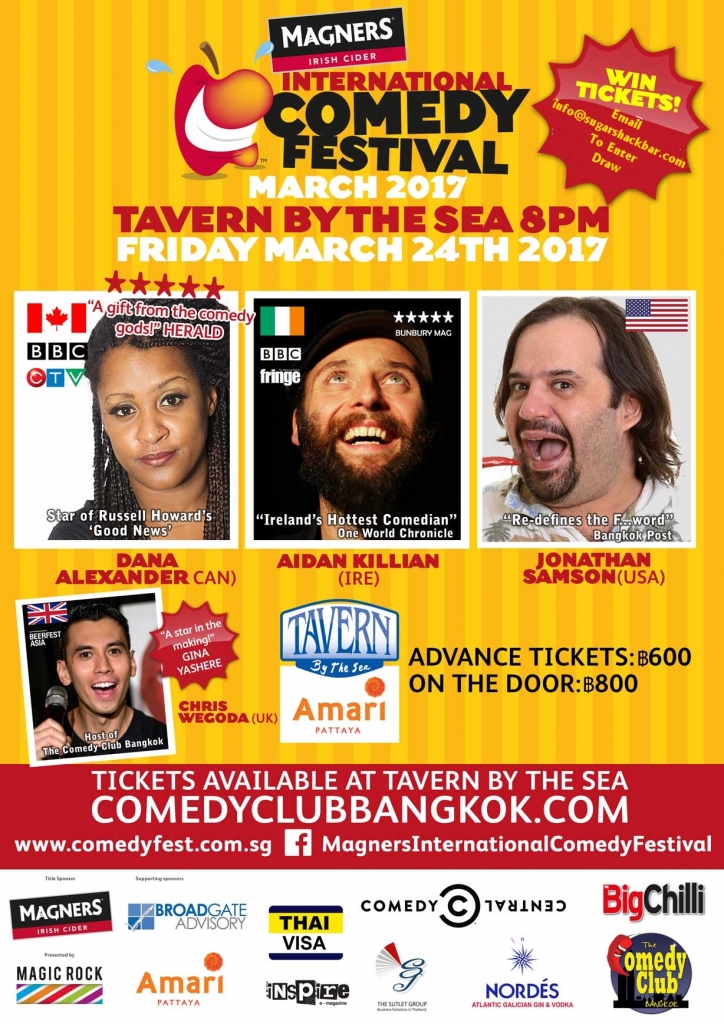 The Honda LPGA Competition takes place at Siam Country Club between 23rd -26th February and we will arrange minibuses to the course to watch the competition on the 25th and 26th.

Anyone who wants to use the bus pleases put your name on the sign up sheet on the computer in the bar. 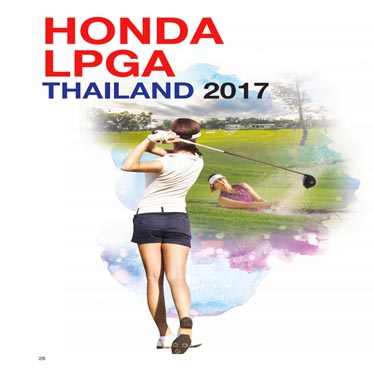